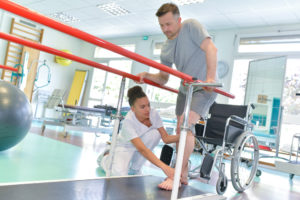 Experts estimate that around 15 million Americans will attend at least one professional sporting event each year. Spectator injuries are a statistical rarity considering the large amount of people who attend such events, but they do still occur at times. When a spectator is injured during a sporting game, they may mistakenly believe that the sports teams, event promoters or league are responsible for their injuries.

While most people assume attending a sporting event is not risky, courts view this issue differently. Courts most often hold fast to the notion that spectators have assumed the risk of injury by becoming a spectator to the event. In fact, most tickets to these events contain a disclaimer about the assumption of risk spectators take by attending the game. Most venues or leagues also attempt to reduce the possibility of injury to spectators by providing fencing, netting or other types of shielding for onlookers. Liability for injuries or losses is usually assigned to the spectator unless they can provide enough evidence that the league, sports team or promoters acted negligently in some way.

What types of Sporting Events are Considered Risky?

Injuries may occur at any type of professional game or event. During baseball games, baseballs can reach into the audience area at speeds exceeding 100 miles per hour. During car races, tires may come loose and smash into spectators. Injuries are not commonplace, but statistics consistently reveal that the top four events likely to cause spectator injury are:

While rare, fans have suffered severe injuries while spectating sporting events. Following are some of the most notable times spectators were injured during a game:

Did you or a loved one sustain serious injuries as a sport spectator in New Jersey? Don’t let the medical bills pile up while you wait for the negligent party, or their insurance company, to do the right thing. Right now, you need an aggressive personal injury attorney on your side, fighting to get you the compensation you need, want, and deserve. The skilled attorneys at Team Law represent clients injured at a sporting event in Newark, Jersey City, Paterson, Elizabeth, and throughout NJ. Call 1-800-832-6529 or email us to schedule a free consultation about your case. We have an office conveniently located at 136 Central Avenue Clark, New Jersey 07066 as well as offices in Perth Amboy, Summit, New Brunswick, Plainfield, Highland Park, West New York, Edison, Newark, Orange, Jersey City, and Union City, NJ.
The articles on this blog are for informative purposes only and are no substitute for legal advice or an attorney-client relationship. If you are seeking legal advice, please contact our law firm directly.